By most measures, Round 0 was small.

There were ten recipient projects vying for a share of a ~$1,000 matching pool (generously provided by the Ethereum Foundation), the allocation of which was decided via quadratic funding from seventeen contributors who collectively contributed ~$500 to the various recipients, for a total of ~$1566.20 distributed.

While the round itself was small, the milestone it represents is nothing short of huge.

Over the past year and a half, quadratic funding has steadily gained popularity in the Ethereum space (and beyond), due almost entirely to Gitcoin Grants’ (and Kevin Owocki’s) heroic efforts to champion this radical new fund allocation mechanism and mobilize it and the community towards the goal of funding Ethereum’s public goods.

But, to this point, participating in quadratic funding has been a largely permissioned and trustful endeavor.

Clr.fund Round 0 was the first (hopefully of many) non-custodial and trust-minimized real-money quadratic funding round.

To be clear what we mean by this, in round 0:

Round 0 worked as expected. This is certainly a case where no news is good news. We’re happy to report that each of the recipients have received their share of the matching pool, along with their direct contributions, and no one has any idea how the contributors allocated their funds.

As we progress into Round 1, our main priority is to reduce dependence on the clr.fund contributor multi-sig, making the system more permissionless and less trustful.

To that end, Round 1 introduces BrightID for Sybil resistance. Rather than contributors being explicitly whitelisted by the clr.fund contributor multi-sig, any verified BrightID user can permissionlessly sign up to contribute to the round.

Along with BrightID integration, recipients can now be added mid round (a few recipients missed out last round because they signed up a little too late). The clr.fund contributor multi-sig will still be responsible for keeping the round recipients in sync with the TCR. In future rounds, this process will also be made permissionless.

The matching pool will be similarly small for this round (assuming no one YOLOs into the matching pool) as we continue to stress-test the system, ~$1,000 of matching funds have been provided by STAKEhaus (a moloch DAO on xDai sponsored by RaidGuild and xDAI).

Round 1 is starting now!

To learn more about or contribute to clr.fund, check out our constitution and join our forum or telegram. 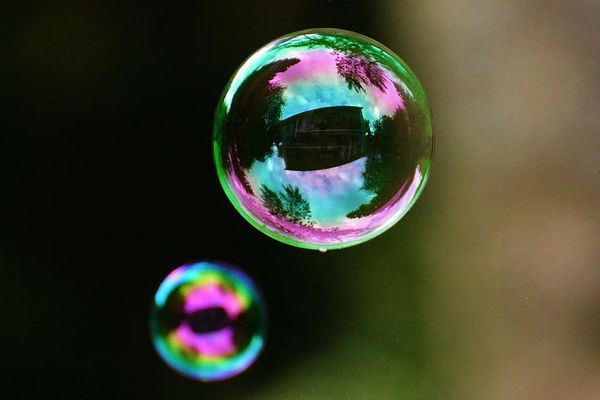 TL;DR - clr.fund round 1 went off without a hitch, 26 people allocated 1,231 wxDai to 15 Ethereum public goods projects. Round 2 is about to kick off with another 1,000 wxDai of matching funds up for grabs, along with several improvements.

clr.fund just kicked off its first real-money matching round, with a handful of Ethereum public goods projects and roughly ~$1,000 in matching funds.